Jason Blake: Keep Him or Let Him Walk 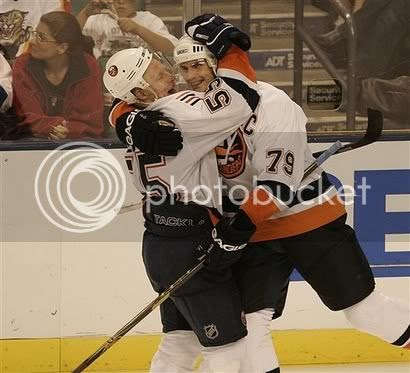 According to TSN, Jason Blake is "all but gone from Long Island". According to the article, negotiations appear to be at a standstill between Blake's agent and the Islanders.

Of course in Jason Blake the Islanders might lose 40 goals, 65 points, a fan favorite, and a real energy player. At the same time, however, Blake isn't worth what he's asking for. At the age of 34, it would be unreasonable for the Islanders to offer Blake the 5 year contract that he is seeking. To one of my favorite Islanders ever I say..."there's the door". If Blakey expects a 5 year contract, he should look for it elsewhere.
If he decides that he'll settle for 2 or 3 years, however, I'd love to see Jason in Orange and Blue for a few more years.