Looking for your dose of midweek hockey talk? Look no further than tonight's episode of the New York Hockey Report. The show is from 9-10 PM EST and will feature special guests Steve Mears of Bloomberg 1130 (9:15) and HNLI's very own host, Alex (9:40). Then be sure to tune into HNLI on Saturday at 3:30 PM EST where NYHR host Gary Harding will return the favor with an appearance on our show. Should be a big week for HNLI and NYHR so be sure to catch both shows.
Posted by Alex at 4:39 PM No comments:

Just a heads up that HNLI will be off this weekend, but will return on Saturday, November 3rd, at 3:30 PM EST. We assure you that we will make up for this weekend's hiatus with a very special guest next week, which will be announced within the next few days. Of course, we will preview that night's game, in which Al Arbour will coach for the monumental 1,500th time, and review this week's action in New York Islanders hockey. Like usual, we will take calls and IMs from our listeners and host the always awesome HNLI chatroom. Be sure to tune in next Saturday at 3:30 PM EST for an incredible hour of hockey talk.
Posted by Alex at 4:33 PM No comments:

HNLI On the Air SUNDAY with Gary Harding

Hockey Night on Long Island will return to the airwaves this Sunday, October 21, at 3:30 PM EST for another hour block of Isles talk. This week, the dynamic duo of Alex and Steve will be joined by special guest Gary Harding. When it comes to the Islanders community, few are more involved than Gary, who runs a spectacular blog "The View From Section 317", hosts the New York Hockey Report, and is of course the former president and current active member of the New York Islanders Booster Club. This Sunday, Harding will take some time with HNLI to discuss the most recent string of Islander games, the recent line shakeups, the fall of Marc-Andre Bergeron, and much much more. Of course, the show wouldn't be complete without your input via telephone (718-664-9597) and instant message. Finally, be sure to stop by the HNLI chatroom to interact with fellow HNLI listeners. Find all this and more Sunday, 10/21, at 3:30 PM EST at show.hockeynightonlongisland.com.
Posted by Alex at 6:38 PM No comments:

Things couldn't get much better if your an Islanders fan right now. The Isles are off to an outstanding start and just beat the Rangers! As if things couldn't get any better, this Saturday will bring a very special episode of Hockey Night on Long Island. Tune in at 3:30 PM EST for a very special appearance by Greg Logan, the one and only New York Islanders beat writer for Newsday. Hosts Alex and Steve will talk with Greg about everything Islanders including the emergence of the newcomers, the defensive combinations, the play of Rick DiPietro and much more! And of course, it wouldn't be HNLI without our listeners getting into the mix. Greg will take your questions via telephone or IM. In addition, the HNLI chatroom will be up and running for some serious fan banter. Be sure to tune in for an awesome hour of hockey talk this Saturday at 3:30 PM EST at show.hockeynightonlongisland.com.
Posted by Alex at 3:43 PM No comments:

Updating the Friday Fiasco on Hockey Night on Long Island, we have just heard from Blogtalkradio CEO Alan Levy, who coincidentally enough is a huge Isles fan regarding today's technical difficulties: 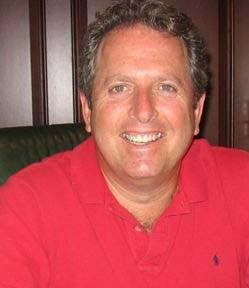 As an Islander fan who personally witnessed the Nystrom goal to win their first cup, I apologize for the problems on today's show.

Rest assured, these technical matters have been remedied and your next show will be featured on our home page.

Lets hope the Isles have better opening night fortunes on the ice than HNLI did on the airwaves.......with all of the build up to today's Season Opener Special, Steve and I were both devastated to encounter some serious technical difficulties, espescially after being a featured episode on the Blogtalkradio calender. Apparently our audio feed was in and out and we were unable to connect with our guest via telephone, Tom Liodice until about half way through the show. We stumbled through today's episode, but would like to deeply apologize for our major malfunctions.

Don't fret, however, because next week's episode will surely make up for tonight's mishaps. We will be joined by extremely special guest Greg Logan, the Islanders' superb beat writer for Newsday. Greg will be talking a nice hour of Islanders hockey with us, as well as taking your questions via telephone (cross your fingers), AOL IM, or our brand new chatroom feature. 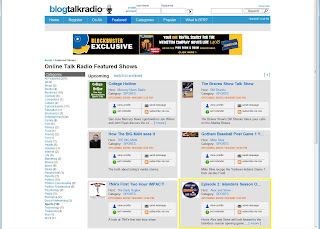 Hockey Night on Long Island is proud to announce that this Friday's episode will be a featured show on the Blogtalkradio schedule. Be sure to tune in for this episode, just prior to the game against Buffalo, at 4:30 PM EST. Hosts Alex and Steve will look forward to the season opener against the Sabres and the 2007-2008 season. Be sure to tune in and give us a call. And of course, don't forget to stop by the chatroom to interact with the hosts and other passionate Isles fans for an hour of insane hockey talk! Check it out at show.hockeynightonlongisland.com. HNLI is back in full swing....DON'T MISS IT!

UPDATE: We just got word that we will be joined by special guest Tom Liodice of the NYI Blog Box (http://tigertrack.blogspot.com).
Posted by Alex at 4:33 PM No comments: